Home / Be Sober Blog / Reader Posts / Have you heard of The Sober Experiment? 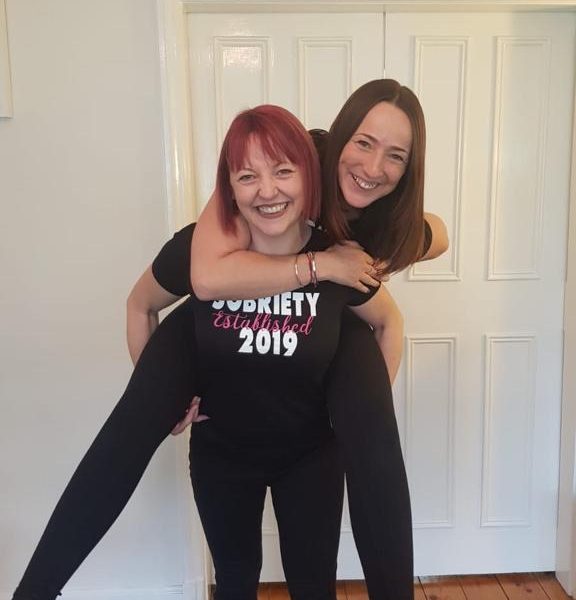 I am excited to share a guest post from Alex and Lisa founders of the Sober Experiment. Find out more about their awesome 30 day supported challenge to alcohol freedom at: https://www.soberexperiment.co.uk/

Alex and Lisa met at secondary school through their parents. Both upbringings involved alcohol as a normal part of life. This was the way it was. Their parents and grandparents owned pubs, held household parties and as their parents were friends, they were involved. There was nothing unusual about this for that time and for that environment. As owners of pubs, all their parents’ friends were social drinkers so it was perfectly normal for them.

Alex’s earliest memory of drinking was when she and her younger sister poured drinks from the bar playing a pub game and drank some when she was just five years old but at least this was in her own home, so it turns out that this is perfectly legal in the UK. Although, Alex knows that on a much earlier occasion, which she doesn’t remember, she drank red wine that had been left lying around the house.

Lisa’s earliest memory of alcohol was when she was about 6 years old and punch was being served at a family barbecue. She was sneaking the punch with her friend, who had to go home drunk (she was about 7). From these impressionable ages Alex and Lisa’s lives became steadily entwined with alcohol, beginning as most do in their early teens, using it to fit in with a peer group or as a crutch in social situations where confidence was lacking and ending in their late 30s with waking up and reaching for a left over glass of wine to rid themselves of the debilitating hangover from the previous nights session. 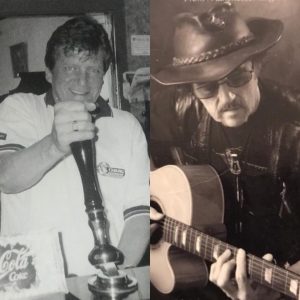 Over the years there had been an incalculable amount of reasons for both to despise alcohol as it had been the direct cause of so many reckless, damaging and life altering situations. To name a few; the times spent in the A&E waiting room, waking up to the feeling of guilt and shame after a family bust up, being separated from friends on a night out with no money and a depleted phone battery with no recollection of how, why or when, and the precious Saturday and Sunday mornings spent nursing self-inflicted illnesses rather than spending them with their young children. Principal to all of these, the untimely deaths of both their fathers and two childhood friends through long term alcohol abuse. These devastating losses were all mourned and bid farewell by raising a glass of the very thing that lead their lives to a premature end. No matter the state of affairs, alcohol in their eyes was not the culprit it was the cure, the escape needed for hard times or the essential ingredient of any celebration. Both had taken part in, became experts in and then surpassed the idea of the mummy wine culture.

Weekly, Lisa would call Alex filled with regret and anxiety. Alcohol had snuck up on her and she hated it. Lisa had remarried and her relationship was suffering as he was a heavy drinker and Lisa felt she was being dragged further into it. She had started to drink more regularly to get on the same level. The alcohol was impeding her ability to deal with life. Her now teenagers were going wild, she was working so hard in the week, and at weekends she was going out binge drinking. She started to notice that she was living for the weekends and upon realising this was setting herself rules of staying in but breaking the promise over and over. She was using alcohol as an escape from reality and felt she deserved the drunken weekends to be her ‘real self’. She knew she had a problem.

Alex was working all week and rarely had a drink on a week night but always wished for Friday. Every Friday and Saturday Alex would drink 1-2 bottles of red wine in the house. She had tried to quit after throwing a sandwich at her husband’s head because he was going out to the pub and she had to stay in, she drank herself into a stupor, alone in the house. Alex stopped drinking because she believed he would leave her, then Alex found out she was pregnant, which took away any effort as she never drank with any of her pregnancies. Unfortunately, Alex lost the baby at 3 months and went straight to the pub and drank, with the never to be born baby in her womb. This excessive binging went on for another 10 months and Alex became bitter, angry and resentful when drunk. She knew she had a problem.

In July 2018 after many arguments with her inner voice, Lisa called Alex and announced she had quit drinking and was going to do a minimum of 100 days. Alex was supportive and a little bit jealous. Lisa had started to thrive and with two other women she met through Instagram, she set up Bee Sober Mcr. It became obvious very quickly that Lisa’s 100 days had turned into forever. Meanwhile, Lisa did not preach at Alex but she did say “I think you’re going stop”. She was right. Alex had decided enough was enough and took the steps to quit. In June 2019, Alex had her last drink. Taking strength from the actions of her Father’s 10 years of sobriety before his death in 2009, she called Lisa to tell her she was stopping drinking for 30-days. Again, this quickly turned into forever. Both Lisa and Alex knew then that they would never drink again and they still do. Both of their defining moments struck when they woke with an horrific hangover, that sealed the deal. 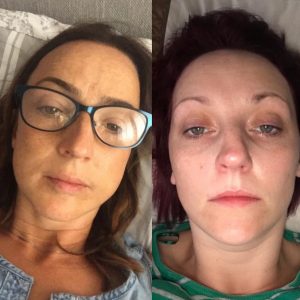 Together they started to discuss the benefits of sobriety and Lisa helped Alex She recommended her first book, This Naked Mind by Annie Grace and by mid-way through, Alex knew she would never drink again. Since then, they have both read every sobriety book they could find. They both noticed that other people were curious about their journey because if there were any two people in the world who would stop drinking, it would never have been them. Onlookers were gobsmacked and intrigued and they helped several people to become sober; Lisa’s mum, old school friends and work colleagues. In September 2019 Alex and Lisa set up Sober Experiment, a Facebook Support group to help other people and tell them what worked for them. It started to evolve and they became serious about making a difference. They have now taken on a huge project whereby they are about to embark on workplace presentations to support improved health and well-being. They have studied coaching, mentoring, recovery and used self-education to support others. Next steps…The Sober Revolution! 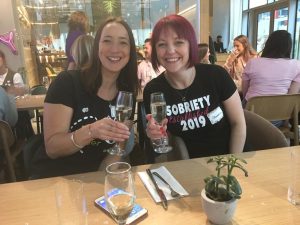