Home / Be Sober Blog / The Sober Journey / Us drinkers can’t do anything by halves! 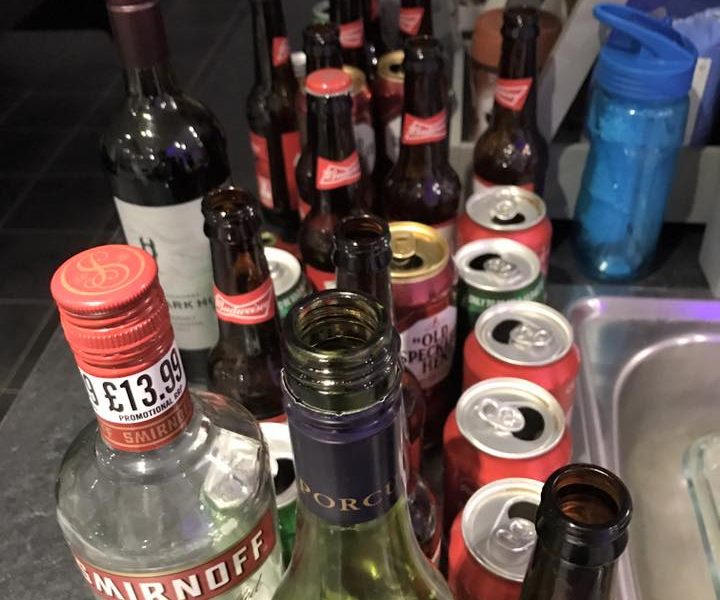 I was browsing through a few old photos on Facebook and couldn’t help noticing how many of them involved alcohol, with my clear sober eyes I can now see how damaging my behaviour was. I always seemed to be at the centre of the party and the one who always had to go that bit further when it came to drinking as much as possible and getting involved in stupid drunken antics. Me drinking too much and being an idiot

The problem with us  enthusiastic drinkers is that we can’t do anything by halves, this can be a fantastic trait to have when it comes to certain areas of life, but when it involves playing with a highly addictive substance, it generally doesn’t end well.

I couldn’t go a single day without drinking red wine, usually at least a bottle every day, what was the point in only having half of it once it had been opened? I needed to give this 100%! In fact everything I did in life would revolve around alcohol, whether I was attending a function, gig, sporting event, family gathering – whatever – I would always make sure I could have my fill of drink, even if it meant taking my own. The aftermath of one drinking session with friends – cringe!

Here’s a strange thing…since I quit drinking – I still drink loads! Thankfully not alcoholic drinks. I work my way through a bottle of tonic water with Seedlip or Ceeders and GinSin most nights. I seem to have no off-switch when it comes to drinking (alcoholic or not), I just can’t do things by halves.

I think this ‘do it to the max’ trait is found in many of us who end up with an alcohol problem, we do everything to excess and nothing by halves.

I run a lot, in fact loads, I can’t do that by halves either, in the last 5 years I have completed 13 marathons including an ultra-marathon (that one hurt), on top of this are over 50 half marathons. At the finish of the Portsmouth 50K Ultra Marathon

Likewise, since I became sober I have embraced the alcohol-free lifestyle to the maximum, I have started this blog and have an amazing ever-growing private group on Facebook, I write about my experiences, create video content and invest a lot of my time engaging with the members of my incredible sober-group, once again, I just can’t do it by halves.

When it comes to work I am the same, always driving to be more successful, grow my business bigger and be better than our competitors, no halves there either!

The point I am trying to make is that the people who find themselves with an alcohol problem are often very talented, gifted and highly driven people, you are actually amazing!

Yes, we have let our drinking get out of control but we have an incredible talent of being able to push ourselves and do things to the absolute maximum, way further than the average person would go, when this talent is harnessed and channeled in the right way it can result in some amazing achievements.

We are unique individuals, that is why we ended up in a mess with alcohol. The good news is that if you are reading this you are probably already on the path to sobriety and discovering a whole new you, as the journey continues you can work on using this amazing talent (that not many people have) to do something really positive.

Be proud of who you are and of the gift you have and never do anything by halves!