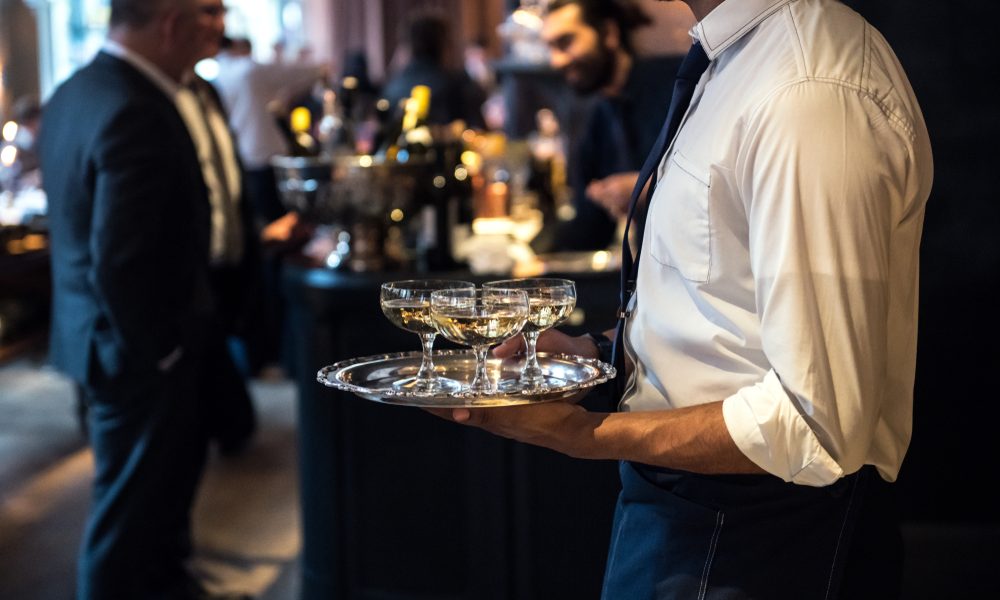 This weekend was the parent’s formal dinner at my Sons school, I was pretty nervous as Saturday approached. This would be my first big function where beer and wine would be flowing, on top of this I didn’t know anyone attending (other than my wife) and I have recently had an operation that means my face is quite bruised and swollen, so I am rather self-concious at the moment anyway!

Despite a few half-hearted efforts to convince my wife we shouldn’t bother attending 7pm came around and we were on our way into the grand hall, no getting out of it now.

On arrival we were met with trays of champagne and canapes, thankfully they also had a nice alcohol-free elderflower drink which was served in a champagne glass, you couldn’t tell the difference when you looked, perfect!

There was also a cash bar selling wine (only sold by the bottle) and beer, a lot of the parents were stocking up on the wine so they had plenty on their table ready for dinner. I was trying hard not to judge what others were drinking, but since I stopped I can’t help myself from looking and taking note, I find it genuinely interesting.

The old me would have been first in the queue for the bar and would have worked my way through at least a bottle before dessert, but not tonight (in fact, not ever again), I grabbed myself a Diet Coke and we started to mingle and get chatting with the parents of the other kids in the same class as my Son.

We soon had to take our places at our table and found ourselves seated with some really lovely people, there was good conversation, great food, loads of laughing and sharing of stories about the kids, it was a really fun evening and I soon stopped thinking about the fact I had no alcohol inside me, I really didn’t even care.

As it approached 10pm I started to notice a few people had polished off their first bottles of wine and were showing the tell-tale signs of being lubricated from a few glasses, repeating things they said, talking louder etc’. But that is fine, that is up to them and I am not judging.

After the meal and chatting for a while longer we decided to leave as the evening now belonged to those who were drinking late, we had a half marathon early on Sunday morning (I would have usually done that with a hangover, but not now) which gave us the perfect excuse to say our goodbyes a little earlier.

My wife had a couple of glasses of prosecco, so I drove home. Previously we would have spent the day organising lifts and taxis, all so we could indulge ourselves in booze. The joy of simply walking to the car, driving home to get a good nights sleep and waking up hangover free, refreshed and ready for the half marathon was fantastic!

I still haven’t experienced a sober wedding, but after this function, I feel lot more confident, I didn’t have any less fun and felt rather proud of myself afterwards even if I was a little anxious beforehand.