Home / Be Sober Blog / Interviews / How does your partner feel when you quit drinking alcohol? 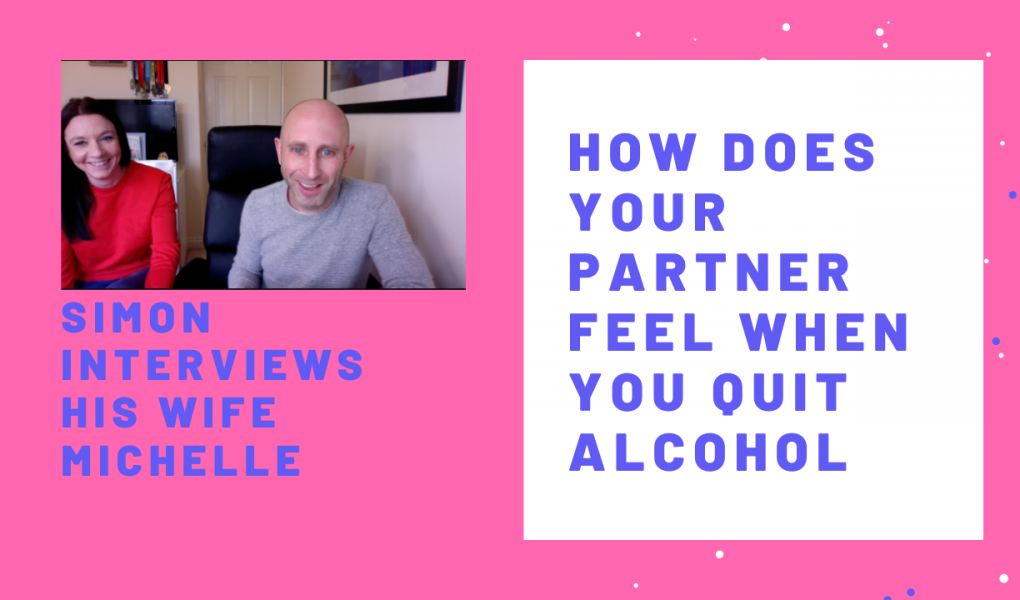 It was my birthday yesterday and as a special treat I asked my wife Michelle to join me on the Be Sober YouTube channel for an interview so she could share her own experiences of my sober journey from her perspective.

I wanted to hear what it was like for her when her partner decided to quit drinking. How did it feel? Did she think I had changed? How did it impact our relationship? Has her own drinking changed?

Generally when we give up booze our focus is on ourselves most of the time, however I know many people who have become frustrated that their partner hasn’t stopped drinking or has failed to be as supportive as they had hoped.

My advice is to always pay attention to yourself, you can’t control what other people do and you are far better off to let your actions do the talking, in most cases partners see the positive changes and make a change themselves over time. But you can’t force change and it shouldn’t be your focus, although it can be easier said than done when you feel desperate for your partner to look at their own drinking behaviour.

Try and see it from your partners viewpoint, they might feel like they have lost a drinking buddy or that their own drinking behaviour is being judged, try and be gentle with them and give them space and respect. This is far more likely to get the best outcome.

I also recommend trying not to push them to make a change or preach to them, it tends to have the opposite effect to the one you want. Remember the last time someone TOLD you to do something? How did you react? Most people don’t like being told what to do.

Watch the video below for an insight into how it feels for a partner when their significant other quits alcohol.