Home / Be Sober Blog / The Sober Journey / One Year Sober – How does it feel to go a year without drinking alcohol? 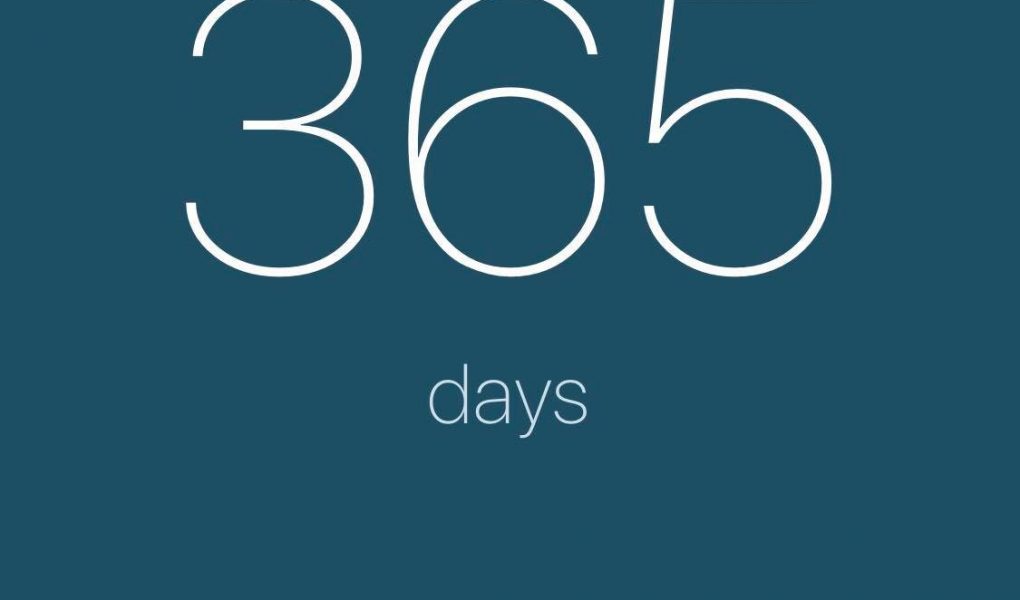 Wow – it was 12 months ago today that I chose to live a life without alcohol, where did the time go! How the hell did I do that!?!

As you may know if you are a member of the Be Sober Facebook group or a regular reader of my blog, I was drinking one or two bottles of red wine every day for over twenty years. I want to say this very clearly – if I can do this, so can you.

And my wife got me a rather nice 1 year ‘birthday card’.

I thought it would be cool to share what I have learned over the year to help anyone else who is questioning their own relationship with alcohol, so I decided to do an interview with myself:

What was the hardest part of cutting alcohol out of your life?

Without doubt the first few days, even though I felt I had a mindset shift from ‘can’t have’ a drink to ‘don’t want’ one, the first couple of days were still really hard. I had several attempts at getting through day 1 and day 2 before finally getting on the right path. The more time that passes, the easier it gets. Over time the thoughts about drinking subside, especially when you start experiencing all the amazing and unexpected benefits that come with sobriety.

How did you manage to stop drinking?

I realised that alcohol had a pretty tight grip on me, it was running the show and I had lost the power, I was putting the drink before everything else. I decided I needed to make a change and threw myself into learning how to quit drinking. I read as many books as I could get my hands on, watched videos and joined Annie Grace’s Alcohol Experiment. I approached sobriety with a sense of excitement and felt really motivated for the exciting change that was to come. I didn’t feel like I had lost something, I felt like I was gaining something incredible and amazing. The more I learned, the stronger I became, knowledge and education gave me the power and released me from the grip of alcohol.

What would you do differently?

Not a great deal. However, the only thing I could have done differently was the way I told people I had quit drinking. I was so excited about this amazing new life I had discovered and I thought everyone else would be just as enthusiastic as me. So I announced it on my personal Facebook page within a week or two of quitting. I got a rather mixed reaction, I was called ‘boring’ and told ‘it won’t last’. If I was to turn the clock back I would have a strategy for how and when to tell people, I think initially just telling close family, then broadening it out as I become stronger, before finally announcing it to the world. Word of advice, making this kind of announcement can make people hold up a mirror to their own relationship with alcohol, expect some strange and unexpected reactions.

What tools did you use?

It was all about educating myself and learning. The best tools were journaling and blogging to get my thoughts and feelings down in writing. I read so many good books, but the one that really clicked for me was This Naked Mind by Annie Grace, I would recommend anyone looking to quit drinking to read this and also join the free Alcohol Experiment. I also found accountability to be a great motivator for me, joining in with online sober groups and telling people my story really helped and when I started sharing and helping others it just gave me yet another reason not to go back.

What surprised you about becoming sober?

So many things surprised me, too many to list. I was really astounded at how many other people were in the same boat and how infectious sobriety is. When I started talking openly about what I was doing so many people told me they were also concerned about their own drinking. It is so easy to think we are alone, we are the only ones with anxiety, depression, unable to stop drinking, but there are millions of us. So I formed my own Facebook group and now have sober-friends from around the world. In fact, it is more like a sober-army ready to take on the world!

What is your view on alcohol-free drinks?

I love them, one of the really enjoyable things about cutting alcohol out of my life was exploring all the new and exciting alternative drinks. My favourites are the botanical drinks like Caleno, Seedlip, Ceders and Borrago, mixed with tonic water and a slice of lime. I still enjoy having an adult drink in the evenings and these are the perfect alternative. I don’t consider them ‘alcohol-free drinks’ as such, they are botanical, they aren’t pretending to be an alcoholic drink and contain 0% alcohol. I do also enjoy 0.0% alcohol free beers sometimes, such as Heineken or Becks Blue, but they aren’t for everyone.

Did your enthusiasm and motivation fade as time went by?

I guess with anything new there is always a ‘honeymoon’ period. I was so excited in the first few months and as more and more changes started happening I became more and more motivated and happy within myself. I guess my enthusiasm isn’t quite as high as it was at the start and that is to be expected, but I am still super motivated and excited by sobriety and now I help other people I am just as motivated by being involved in their journeys as I am my own.

What were the biggest changes you experienced after quitting drinking

This could be a big list! I will keep it to the top 5 changes I experienced, but there are so many more.

What advice would you give to someone who is questioning their relationship with alcohol?

Get curious? Start to ask yourself questions and dig into the answers, be totally honest with yourself and then start to learn and get educated by reading the books, watching the videos and understanding what you can do to get back in control. I also recommend joining the Be Sober Facebook group and connecting with other people on the sober journey, this provides support and accountability.

What was the highlight of the first year sober?

The book This Naked Mind by Annie Grace changed my life and I now work with Annie as a certified Naked Mind alcohol coach (who would have thought that would happen). The highlight of the year has to be travelling to America and spending time training with Annie and her team and being an Alcohol Coach is just so rewarding and I feel privileged to be able to share my own experiences to be able to help other people on the same journey.

This goes to show how so many unexpected things happen when we quit drinking, never in my wildest dreams did I think I would end up being on Annie’s team.

On top of this, another big highlight is the growth of the Be Sober Facebook Group and the wonderful people in the community, we are fast approaching 4000 members, people from all over the world and every background with one common goal – changing their relationship with alcohol.

It has been an incredible year. I feel like I have gone through the phases of sobriety from becoming aware of the problem, to educating myself, changing my beliefs and then finally mastering life without alcohol.

I remember the first few months wondering when I will stop thinking about drinking. But it happened, I hardly ever think about it now.

However, I do still get the odd thought about drinking and it is important to always keep my guard up, it only takes one slip to end up back down the rabbit hole – I have no plans to let this happen.

For now, I plan to continue the rewarding work with This Naked Mind as an Alcohol Coach and working within the Be Sober Facebook Group. My mission is to help other people on the sober journey and change as many lives as possible by raising awareness that a life without alcohol is the best choice if you want true peace and happiness.